Since the beginning of 2019, there has been a notable increase in demolitions across East Jerusalem. In the first half of the year, Israeli authorities have demolished a total of 141 units, including 63 housing units and 78 non-residential units (shops, stables etc.) compared to 113 units during the same period in 2018,  37 of which were residential. The number of home demolitions (63 housing units) over the past six months is quickly approaching the 2018 year-end total of 72.

Wadi Hummus/Sur Baher is an area where demolitions of 10 residential structures containing some 70 housing units are currently under imminent threat of demolition, which can be carried out as of tomorrow, July 18.

Wadi Hummus is part of the East Jerusalem neighborhood of Sur Baher, which was not “annexed” to Jerusalem in 1967 and situated directly outside the municipal borders, yet on the Jerusalem side of the Separation Barrier. Under the Oslo Accords, parts of Wadi Hummus were designated as Area A and B where all civil issues – including planning and building – are under the jurisdiction of the Palestinian Authority (PA).

In recent years, due to the difficulty of Jerusalem residents of Sur Baher and the adjacent neighborhood of Um Tuba to obtain building permits within their neighborhoods from the Jerusalem municipality, residents began constructing homes in Wadi Hummus (Areas A and B) based on building permits received through the PA. Although Israeli authorities should have no jurisdiction in these areas, the demolition orders were issued on the basis of a 2011 military order which prohibits construction within 250 meters of the Separation Barrier on alleged security grounds.

Following the June 11 Israeli High Court dismissal of an appeal submitted by Sur Baher residents against the demolition orders, Israeli authorities served the residents on June 18 a “Notice of Intent to Demolish,” with the option to self-demolish the homes within 30 days of  the notice's issuance. As of tomorrow, July 18, demolitions can therefore be carried out at any time by the Israeli authorities.
Due to likely being the first time demolition orders were issued for structures along the Barrier on the basis of the 2011 military order, local residents say that roughly 100 additional buildings could be at heightened risk of demolition in the area.

Across East Jerusalem, a significant contribution to the rate of demolitions so far this year is the rise of “self-demolitions” in which families are forced to demolish their own homes to avoid the imposition of steep fines or other punitive measures in the event the demolition is carried out by the authorities. Comparing the first half of 2018 with 2019, there has been a fivefold increase in the number of self-demolitions, from 5 residential units in 2018 to 26 in 2019.

The increase in the phenomenon of self-demolitions is due to Amendment 116 to the Israel Planning and Building Law, which fully went into effect in December 2018. The amendment stipulates rigorous punitive measures, including an acute increase in fines and periods of imprisonment, expansion of administrative enforcement and extension of parties responsible for the offense, as well as a drastic reduction in the judicial discretion on legal appeals filed against demolition orders.

The highest figure of house demolitions (18 housing units), in particular those classified as “self-demolitions” (12 housing units) were carried out in the Palestinian neighborhood of Silwan. These demolitions are part and parcel of a series of mounting pressures that the Israeli government and settler organizations are exerting on the area of Silwan. As Ir Amim recently reported, Wadi Yusal, located on the south-eastern edge of Silwan, is currently under threat of wide-scale demolitions with nearly 500 residents at risk of being affected. The extensive demolition orders and eviction demands filed against Palestinian families all serve to rapidly tighten Israeli control of Silwan and the rest of the Old City Basin, while eroding its Palestinian presence.

Though Palestinians comprise nearly 38% of Jerusalem's population, only 15 percent of East Jerusalem (and 8.5 percent of Jerusalem as a whole) is zoned for the residential needs of the growing Palestinian demographic. Due to the restrictions on planning and absence of adequate outline plans designated for East Jerusalem neighborhoods, as well as numerous obstacles to obtain building permits in East Jerusalem, many Palestinians are driven to build without permits, placing dozens of housing units at the risk of demolition each year. 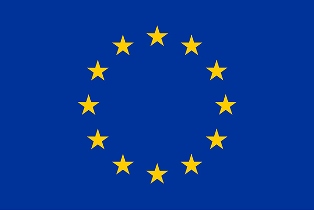 Funded by the European Union