On November 4, Israel’s Housing Cabinet headed by Finance Minister Moshe Kahlon approved the plan for the controversial cable car project (#31 on map - double broken blue line), constituting the second to last stage in the formal approval process. A final procedural approval by the government is still required. The fact that a decision was pushed through on a project of such magnitude during an interim government underscores Israel’s political drive and determination in advancing a plan which has received widespread opposition.

Represented by the authorities as a public transportation project to ease access to the Western Wall and the Old City, the cable car will run from the First Station complex in West Jerusalem to the planned Kedem Compound (#32 on map) in Silwan, a massive touristic visitor center and future headquarters of the Elad settler organization across from the City of David National Park.

The cable car is slated to channel thousands of people a day over an invisible Green Line to the epicenter of Elad’s touristic settlement operations, significantly bolstering the organization’s activities and influence, while further creating a seamless link between West Jerusalem and the Israeli settlements in the Palestinian neighborhood of Silwan. It will likewise likely reduce tourist traffic from its traditional Old City routes via Jaffa and Damascus Gates, which has the potential of impacting Palestinian businesses who rely on tourism as a main source of income.
Forming yet another link in the accelerating ring of settlement activity around the Old City Basin, the cable car project will serve to increase the Israeli presence in the area and blur its Palestinian surroundings while further solidifying Israel’s control of the most historically contested and politically sensitive area of Jerusalem. 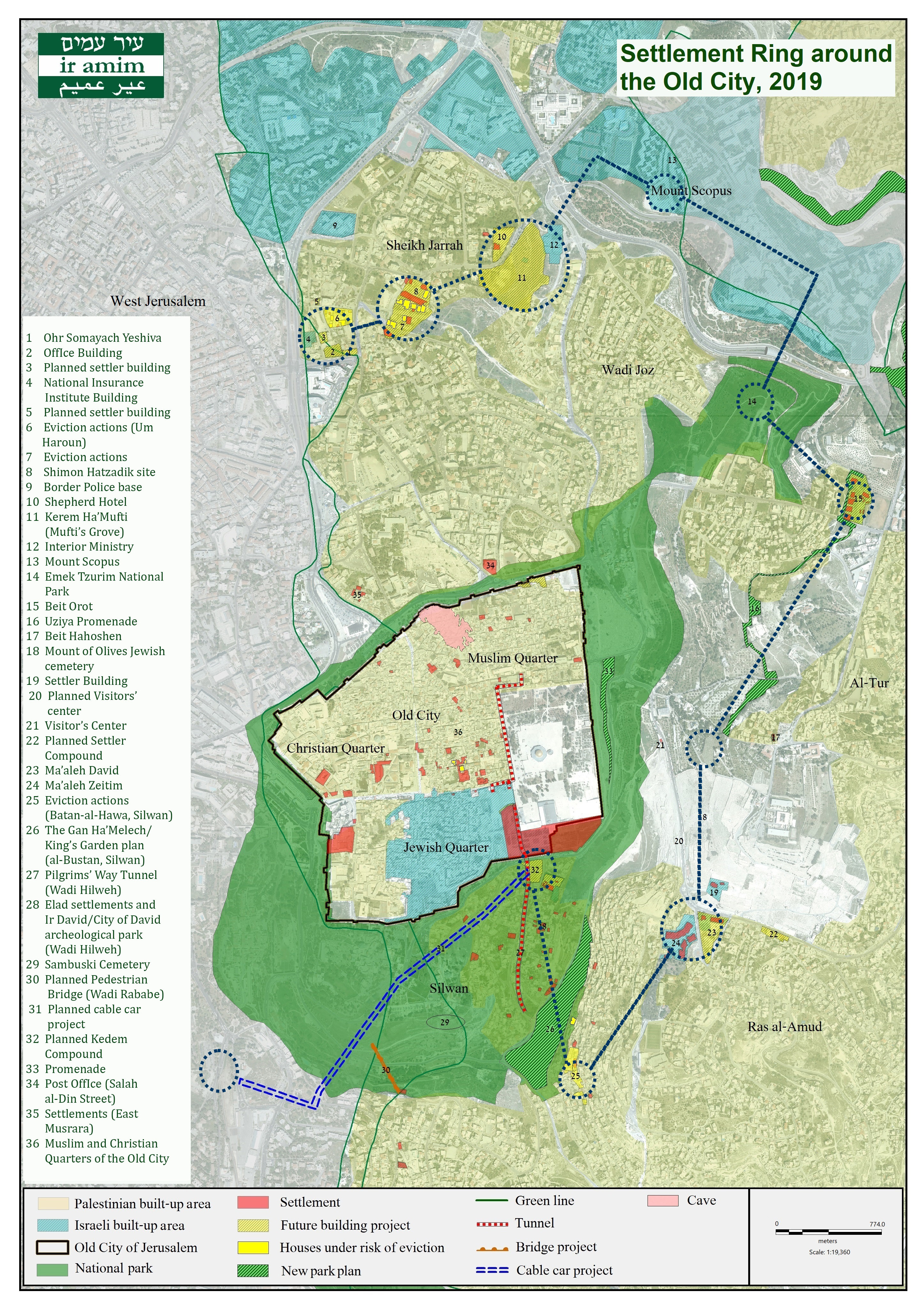