January 9, 2020
Since the beginning of January, there have been a number of settlement-related developments across East Jerusalem aimed at further entrenching Israeli control and foiling prospects for a political agreement based on two capitals in Jerusalem:
Increasing Rightwing Pressure to Build in Givat Hamatos
Last week, rightwing groups launched a coordinated campaign to exert pressure on Prime Minister Netanyahu to advance construction in the area of Givat Hamatos (see map below), which has been essentially frozen for the past six years. While the approval of the plan for 2610 housing units in the area was formally published in 2014, there has been no announcement of tenders since then. This has been largely attributed to international opposition, namely from the United States and Germany.
Likely attempting to ratchet up pressure on Netanyahu in lead-up to the upcoming elections in March, the campaign has been spearheaded on a public level by rightwing organizations. Several prominent rabbis known for supporting the settler movement penned a letter to the Prime Minister calling on him to announce the tenders for Givat Hamatos, while rightwing media outlets have published daily articles demanding an “end to the freeze.” A rightwing institute likewise published a lengthy paper on the significance of establishing a new neighborhood/settlement in the area as a means of thwarting any potential future division of Jerusalem within the framework of a resumed peace process.
Anonymous political sources were quoted on a Channel 1 news segment claiming that the Prime Minister is blocking discussions at the District Planning Committee for the promotion of an alleged new outline plan for 2000 housing units in an area called Har Homa West (marked in purple on map below), which borders the southern edge of Givat Hamatos. While development of Har Homa West has been spoken of in the past, discussions at the planning committee level have yet to be advanced most likely due to international pressure. Moreover, Ir Amim has not found any indication that such a plan has been drafted and prepared for discussion.
Over the last few years there has been an alarming escalation of new facts on the ground, including state-sponsored settlement expansion, settler-initiated evictions of Palestinians and touristic settlement projects across East Jerusalem, which enable Israel to deepen its control of the area and thereby undermine an agreed resolution on the city. Givat Hamatos and Har Homa West, however, remain some of the few areas within Jerusalem where construction has yet to advance.
While it is impossible to ascertain the exact outcomes of the pressures on Netanyahu, the publication of housing tenders on Givat Hamatos would require the prior announcement of tenders for the construction of infrastructure. Along with the area of E1, Givat Hamatos has remained a major red line in East Jerusalem as it would constitute the last link in a chain of developments that would cumulatively seal off East Jerusalem’s southern perimeter from the West Bank and render the two-state solution unviable. 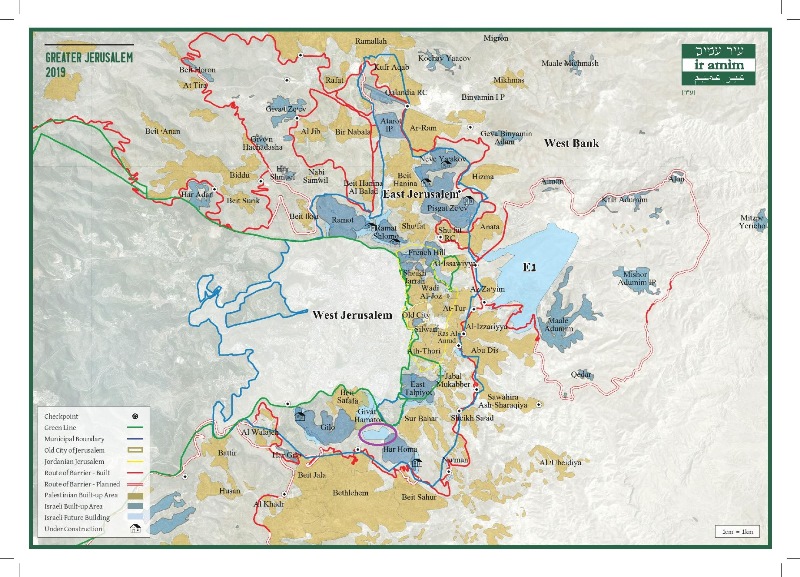 Plan Approval for a New Settler Enclave in Beit Hanina
Following discussions of objections on December 31, the District Planning Committee published on January 8 its approval of a settler-initiated plan (TPS 610113), which will lead to the establishment of a large new settler compound of 75 housing units in the heart of Beit Hanina. The Palestinian neighborhood located on the northern perimeter of East Jerusalem has remained relatively untouched by significant Israeli settlement within its limits until now.
Although the plan was formally submitted by an Israeli who claims ownership of the land, City Council Member and settler leader, Arieh King has long promoted the project. The plan in its entirety, which includes 150 housing units on 10.3 dunams of land in the southern part of the neighborhood (marked in blue on map below), will not require the publication of tenders prior to the issuance of building permits due to being privately owned land. 53% of the property is presumably owned by the Israeli landowner, thereby allowing for the construction of 75 housing units. The remainder of the property belongs to a Palestinian company, who submitted objections to the plan, which were rejected by the District Planning Committee. Since the process of officially demarcating the land between its owners did not occur, the plan is designated for the entire property whose construction righ ts will eventually be split with the Palestinian company.
In close proximity to Ramat Shlomo to the southwest and Pisgat Zeev to the northeast, construction of this new compound may signal the beginning of a move to create contiguity between the two settlements, while fracturing the contiguous space between Bet Hanina and Shuafat. As exemplified by the ring of state-sponsored settlement strongholds throughout the Old City Basin, the establishment of a settler enclave in the midst of Beit Hanina will not only impact the fabric of this community, but will further erode opening conditions for a political solution to the conflict based on two capitals in Jerusalem. 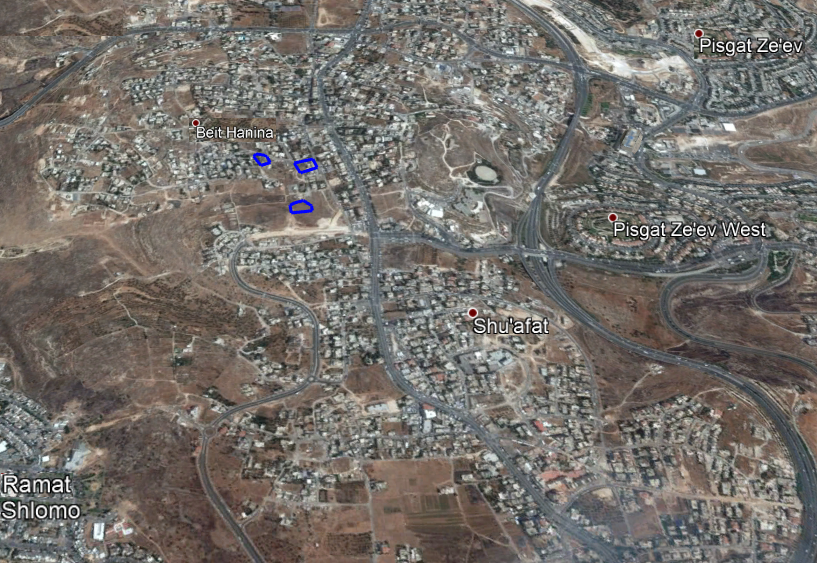 Publication of Tenders in Givat Zeev and Gilo
On January 1, the Israel Land Authority published three tenders for the construction of a total of 461 housing units in Pisgat Zeev based on outline plans which were approved in 2019, while one additional tender for commercial buildings in Gilo was published on January 2:
Construction of the housing units in Pisgat Zeev will both expand the neighborhood/settlement territorially, as well as demographically.
תגיות:
Building and Planning
Government Policy
Beit Hanina
blog

More on Building and Planning

Two Months Before the End of the Year, 2020 is Already the Record Year for Home Demolitions in East Jerusalem
blog
One Week After Advancement of Settlement Plans in Greater Jerusalem, Plans for Road Infrastructure in the Area are Deposited
blog
A Plan for Expanding Har Gilo Creates a Major New Threat for Al-Walaja
blog